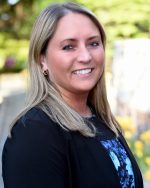 Russo Law Group’s team of elder law attorneys, estate planning attorneys, and special needs (disability) attorneys have represented the elderly and persons with special needs/disabilities and their families since 1985. In most professional occupations there is no replacement for experience. At Russo Law Group, P.C., our caring and compassionate staff have been involved in literally thousands of cases. Our experience is your protection.

Ms. Allegretti was named in the 2015 Huntington Township Chamber of Commerce “Celebrate Long Island’s Young Professionals” 30 Under 30 Award for making a notable impact on local businesses, industry and community. In 2016, she was awarded the honor of Excellence in Communication in the area of In-House Marketing Professional and awarded with the Millennial Award, both from the Long Island Business News. In November of 2016 she became a member of the Suffolk County Legislature Next Generation Advisory Council. In January of 2017, she joined the Farmingdale State College Alumni Board. She also volunteers her time to the Nassau County Camera Club as their Webmaster. 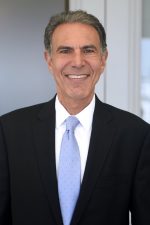 Ronald Fatoullah is an award winning elder law attorney who is recognized by his peers and clients for his expertise and accomplishments in the fields of Elder Law, Estate Planning, and Special Needs. His law firm, Ronald Fatoullah & Associates, is built on his comittment to the highest professional and ethical standards, and a fierce dedication to his clients. The firm is well known for providing outstanding legal services to the senior citizen community, and to individuals who are differently abled. 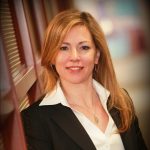 After spending over 35 years in corporate sales and marketing management I have only one mission in life. To protect a familys assits and insure that they recive the best care solution that provides the best quality of life for the senior and there families.

LIFEC provides a conplete suite of services for the elder care. From protecting a families assists to consolution in all forms of medicaid solutions. We also offer a complete suite of home services from home clean outs to real estate sale and planning. Legal services from wills, trusts and POA,s. Through our Tradeing Post store we offer a food bank,health aides (wheelchairs,walkers,dippers etc.) for seniors that can’t afford these simple needs.

Michael L. Pfeifer, Esq. is the principal the Law firm of Pfeifer Law PLLC. The firm concentrates in the areas of elder law, special needs planning and estate planning in Garden City. Mr. Pfeifer has been practicing law since 1987. He is a former Co-Chair of the Elder Law Committee of the Nassau County Bar Association and is peer rated AV (Preeminent) by Martindale-Hubbell. Mr. Pfeifer is a co-chair of the Legal Advisory Board of the Long Island Alzheimer’s Foundation (LIAF). He is an advisor for Life Worc’s pooled trusts. (Life’s Worc is a private, 501(c)(3) not-for-profit agency that provides comprehensive support for individuals with developmental disabilities.)

He frequently lectures to other attorneys, accountants and community groups, which include continuing legal education seminars for the New York State Bar Association and Nassau County Academy of Law. He has taught adult education courses in elder law throughout Nassau County. He is also a contributor to the Elder Law Attorney, published by the New York State Bar Association. He is a member of the Attorney Round Table, a lawyers’ business networking group comprised of some of the leading practitioners in their respective areas of law practice in the New York metropolitan area.

In 2005, the National Multiple Sclerosis Society honored Mr. Pfeifer for his community service and philanthropic contributions. He was also named the Kiwanian of the Year of the Long Island South Central Division for the year 1992-1993. Mr. Pfeifer has appeared on the radio program “Physical Therapy…Physical Health” to talk about elder law issues. He was the expert for the May 19, 2007 and August 2, 2008 “Ask the Expert” columns in Act II of Newsday.

GPNY members serve the needs of the senior community, their families and caregivers.